It was the first opportunity for many of us to really see new Chancellor Philip Hammond in action. Did he exude the authority and confidence we will need in a post-Brexit world? And which of his announcements caught the eye? 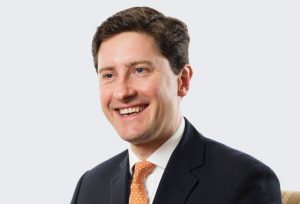 Forecasts and data: Mr Hammond tried to put on a brave face, but the public finances have deteriorated and, with a £122bn black hole opening up, that left him standing at the wicket with a broken bat, to quote a famous predecessor.

The OBR forecasts UK growth at 2.1% this year but expects that to fall to 1.4% next year and says that uncertainty around the exit deal with the EU is likely to act as a 2.4% drag on growth.

What we heard today is unlikely to do anything to change our current position of being modestly underweight the UK in portfolios.

When money is tight it’s more important than ever to spend it wisely. The Chancellor made clear his three priorities ­– productivity, housing and inequality.

It is not acceptable that Britain lags the US and Germany in terms of productivity by 30% and plans for a £23bn National Productivity Fund, a commitment to greater investment in R&D and infrastructure – much of it focused on productivity – are to be welcomed. Improved roads and better rail networks are essential to long-term economic growth, as is a modern digital infrastructure and the investment in 5G is a positive example of careful targeting of capital.

The £1.4bn for 40,000 affordable homes was flagged before the Autumn Statement and is part of a broader package to build more homes. That will go down well with housebuilders, but the impacts on householders will take longer to be felt.

Previous Chancellors have sprinkled their statements with liberal repetition of key phrases and themes just to make sure their audience got the point. Philip Hammond is a more subtle operator. His suggestion that plans not to raise fuel duty were a “tax cut” might sound a bit rich to some. But on the whole the rhetoric and claims were reassuringly low key.

If there was a recurring theme it was his commitment to the regions and investment in the Northern Powerhouse (which got a couple of shouts), the Midlands Engine and elsewhere. This fits with his equality priority, which was supported by plans to raise the national minimum wage.

Many of the announcements were merely commitments to carry on as before. These seemed like fairly modest spending plans and we will need to look more closely at the details that emerge in the days to come to work out where the funding is coming from even for these ­– this is likely to be more than from just departmental cuts and clamp downs on corporate tax avoidance and salary sacrifice schemes. The devil is always in the detail.

Overall, one couldn’t help feeling that this is a Chancellor keeping some fuel in the tank for the uncertain days that lie ahead. And that seems shrewd. 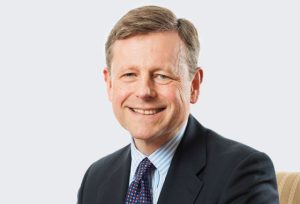 It was clear from Twitter responses to the salary sacrifice statement that commentators were confused as to what the Chancellor was really announcing today. It looks like salary sacrifice for pensions and childcare vouchers remains intact (for now). This will be a huge relief, not just for employers but also many employees for whom this can be a substantial benefit.

Mercifully, changes to pensions were kept to a minimum, with just one amendment – albeit an important one for some people. The Money Purchase Annual Allowance is to be cut from £10,000 to £4,000 from April 2017, though there’s going to be some consultation on this. This is the rule that allows you to make tax-advantageous contributions to your pensions even if you’re already drawing a pension under the new flexi-access freedoms. On the face of it, that sounds like having your cake and eating it, but actually it’s very useful for the growing number of people looking to glide into retirement. It helps those doing periodic consultancy work who have unpredictable incomes and want to “re-fill” their pension pot with any surpluses. Others may be drawing some pension income and supplementing this with a part-time job where the employer makes contributions to their pensions. Those in this position will need to think carefully how they manage savings and income and may need to seek advice. This doesn’t affect those who have taken the “25% tax-free” cash only from their pension (perhaps to pay off a mortgage or support a child) but haven’t begun to draw an income or those drawing pension under the earlier capped drawdown rules.

The increase in insurance premium tax from June 2017 is one of those clever tax rises that many people will not notice until they renew their premiums next year, at which point they’ll probably blame the insurers, not the Chancellor!

Plans to ban pension cold calls and fees for tenants were touted before the Statement and still need to be worked through in practice, but will be seen as positive by many.

The “market-leading” new NS&I savings bond sounds more attractive than it is. The details won’t be announced till the Budget next Spring, by which point a 2.2% interest rate may not look quite so appealing as it does today. The investment limit of £3,000 is not exactly going to make a huge difference to people who can already easily get 1.2% on a three-year savings product with some shopping around. It’s the equivalent of £30 a year extra!

Pensioners will welcome the commitment to the triple-lock but the Chancellor’s comment about the challenges of rising longevity and fiscal sustainability should ring warning bells. This could be an early flag that pensioners may be about to lose some of the immunity from tax grabs they have enjoyed in recent years.