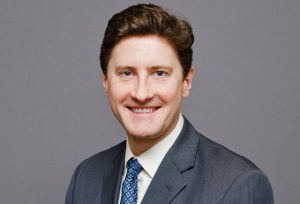 Compared to the drama of Brexit and potential political changes in Europe, today’s budget was a sideshow. It had some humour and even a magical rabbit out of the hat at the end for first-time buyers. It was a budget for all audiences ­– designed neither to unsettle nor over-excite

There was nothing on the dementia tax the Tories proposed in their manifesto; there was no return to addressing National Insurance inequalities between the employed and self-employed; there were no obvious changes to buy-to-let rules or to pensions. Even the much-vaunted threats to EIS seem to have been watered down, with EIS allowances for genuine growth projects actually doubled.

As the Office for Budget Responsibility finally resigned itself to the fact that Britain is not going to reach anything like 2% growth this side of 2022, the Chancellor was determined to present the impression that he was busy lighting the flames of growth – sparking productivity and innovation with a series of often quite meagre targeted expenditure announcements. This was no flame eating entertainment. At times it felt more akin to a boy scout rubbing sticks together in the rain.

That said, the investment in infrastructure, maths and computer science teaching, electric cars and the rest are to be welcomed. They are arguably the right things to be doing but will they be doused by the potential downpour of Brexit?

It was not just his shrinking budget headroom that was hampering Mr Hammond’s scope for manoeuvre, but his party’s frail majority and internal factions. Any idea remotely controversial or ambitious was clearly smothered long before it reached the floor of the House.

This was a budget for children and grandchildren. And arguably that is something that was long overdue.

Abolishing stamp duty on all houses under £300,000 for first-time buyers will benefit housebuilders and existing homeowners too. It is unlikely that all the benefit will feed through to the targeted recipients, but some should and it will help.

A commitment to building 300,000 homes a year by the 2020s could make a substantial difference to stemming rising property prices. Coupled with rising interest rates, it may be enough to prick the property bubble in areas like the South East, which in turn might encourage buy-to-let owners to sell up, releasing more homes on to the market. Certainly, now is the time to ask whether bricks and mortar are quite as secure as you thought.

Increasing the personal allowance by an extra £350 to £11,850 from April 2018 and raising the minimum wage and living wage will benefit the lower paid who naturally spend more of any savings. These measures are far more beneficial to the wider economy than cuts for the wealthy, who often simply save more. Ultimately everyone benefits because many retailers and other businesses benefit and so do their shareholders.

So this was a “steady as she goes” budget. It probably will not satisfy the millions who shocked Theresa May by voting Labour at the last election, but it will not unsettle those who voted Conservative either. It is difficult to see what choice the Chancellor had.