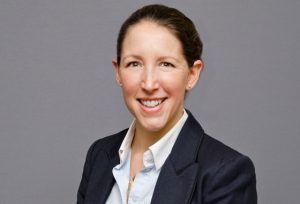 As investors and advisers in the UK recover from the annual scrabble to meet all those end-of-financial-year deadlines, it is worth asking why this all had to be done by the apparently random date of April 5th.

For most of us it is curiously anachronistic. For some it is seriously inconvenient. For multi-domiciled clients with homes and business operations in more than one country, including those who fall under the American tax regime (and that is anyone who is American or married to one), this can cause chaos, as I will explain later.

First, it’s worth looking at how we got here. Mad though it may sound, it’s because of how medieval tenants paid their landlords. In the Middle Ages the four most important days in the ecclesiastical calendar were Midsummer on June 24th, Michaelmas on September 29th, Christmas Day on December 25th and Lady Day on March 25th  (the day the angel Gabriel told Mary she was to become the mother of Jesus).

These became known as “quarter days” and were when tenants paid their rent, as they were easy to remember. As Lady Day was the first quarter day of the year, that became regarded as the start of the financial year.

In 1582 Pope Gregory XIII ordered the Julian calendar (named after Julius Caesar and used since 45 BC) to be replaced with the more accurate Gregorian calendar, designed to better align with the solar calendar[2].

It may not have been a bad idea, but it was a Roman Catholic one and the protestant court of Elizabeth I was having none of it. So it took till 1752 for Britain to adopt the Gregorian calendar, by which time it was 11 days out.

The Treasury, responding to concerns that people would be paying tax and other rents early, chose to start the new financial year on April 5th instead of March 25th. The financial year moved to April 6th in 1800, to absorb a missing leap year.

The problem for Americans

So now to why this is such a pain for Americans and their families in the UK. America has its own quirks. It is one of only two countries in the world to tax non-resident citizens on income earned overseas. (The other is Eritrea.)

For corporate and personal tax, America, starts its financial year on January 1st – in line with the calendar year.[3]

The Internal Revenue Service (the IRS), requires Americans to supply information on not just their holdings but income and capital gains. This sounds easy – most investment managers and platforms automatically provide this information in investment reports.

But when you are reporting to two or more tax regimes and they are operating to different calendars, this becomes fraught with difficulties. Care needs to be taken on the timing of sales from a US and UK tax perspective for example.

The problems are also not helped by the fact that the IRS requires all transactions during the year to be captured in US dollar equivalents. Additionally, it has a different way of assessing capital gains – over the short term and the long term. Generally, shares held for less than a year are regarded by the IRS as short-term and taxed as income rather than capital gains.  (In the UK there is no distinction.) The accounting methodology for calculating capital gains tax liabilities differs too. This makes reporting for each authority different and complex. In serving international clients, and supporting advisers with international clients, we have had to work out how to address these issues.

In a year when Covid-19 has led us all to think more radically, dare we think the unthinkable and align our calendar years? The question was recently posed by Anita Monteith, a senior policy adviser at the Institute of Chartered Accountants in England and Wales.

She is not alone in asking it. It certainly makes sense to start the tax year at the beginning of the month. We live in a digital era and pay VAT quarterly. From 2023 income tax payers will be paying quarterly also. Why not make the quarter dates at least consistent?

Changing the tax year would present problems similar to those considered by the Treasury in 1752 when it opted not to mess with its 365-day tax year, creating the issues we have today.

Starting the tax year on January 1st might ruin Christmas holidays for many of us, too. Do you really want to be finalising pension contributions and making ISA decisions between Boxing Day and New Year’s Eve?

Fifty years ago Britain underwent a remarkable experiment. Overnight on 15 February 1971 it switched to decimal currency. For some it was traumatic – they had got used to counting 240 pennies in the pound. But the economy survived. Decimalisation brought Britain in line with the rest of the world. There can be few who think it was not a good idea now.

From the time a decimal currency was first considered here to implementation took around three hundred years. It took 170 years for us to catch up with the rest of Europe in adopting the Gregorian calendar. Maybe it’s still too soon for a radical change in the British tax reporting year!

[2] The move switched the average year from 365.25 days to a more accurate 365.2425 days. It may not sound much but the inaccuracy of the Julian calendar meant the calendar drifted from the solar year by a day every century. In bring the calendar back in line with the spring equinox (March 21st) the Gregorian calendar advanced the date by 10 days.