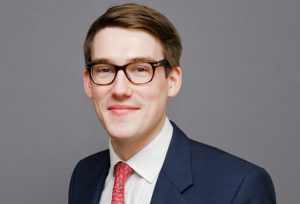 The coronavirus has effectively halted swathes of the global economy. Charities have seen their income slashed – it is estimated that the sector will miss out on at least £4.3 billion in Q2 this year. And those who rely on the dividends generated by their investment portfolios are suffering further.

To date, over 60% of the UK’s largest hundred public companies have cut their dividends for the next 12 months. By comparison, even in the teeth of the last financial crisis, dividend expectations only fell by 10%.

This matters because progress for the UK stock market is peculiarly reliant on income. Since the start of this century to the end of March 2020, the FTSE 100 has risen by 61%; a lacklustre total return of c.2.5% per annum. Strip out the dividends and the same companies have fallen by over 18% in share price terms.

In Europe over 50% of the largest 600 companies have reduced their dividends. In the US, where dividend payout ratios tend to be lower, investors expect to receive 70 cents for every dollar they received last year. In past dividend bear markets in the US (markets where payment have fallen by 20% or more) it has taken nearly five years for payouts to recover.

Why are so many companies cutting dividends?

Some companies already had poor prospects and weak balance sheets and management have sought the excuse of ‘herd immunity’ to cut ill-supported dividends.

However, the roster also includes companies in strong positions that are being cautious, building cash reserves or paying down debt because of market uncertainty. Examples include Rentokil which cut its dividend outright to preserve liquidity and reduce risk, while LVMH has lowered its dividend by 30%.

The decline in dividends has been exacerbated by governments limiting payouts from companies that receive state aid during the crisis. For example, the French government has invited all companies in which the state has ownership not to pay dividends (a wide-ranging list including the likes of EDF, Orange and Renault). In the UK, the Prudential Regulation Authority has instructed banks to suspend payments to protect financial resilience; a big step given banks comprised 13% of UK dividends last year.

Income elsewhere is under pressure

The problem is not confined to equities. Moving up the capital structure from shares to bonds, yields have shrunk as investors have been willing to pay higher prices for the same assets.

In May the UK government issued a bond with a negative yield – in other words it was being paid to borrow.

What does this mean for income investors?

These structural changes mean that the same portfolio of assets that might have generated 3–4% of income a year in the past may offer only 2–3%, or even less, today. This will be difficult for many charities relying on this money to fund their activities, but there are serious dangers in chasing income. The high yields available on many assets today are warning flags signalling that the income may not be paid. This is particularly true of companies reliant on consumption (travel, leisure, hotels) where recovery is predicated on people feeling confident again. These are potential ‘income traps’ where the dividends are uncertain and capital could be permanently lost if the earnings power of such companies proves impaired.

Over the longer term, we remain confident that portfolios invested in the highest quality assets, have the greatest ability to grow income and capital value sustainably, when other high-promising, high-yield assets fall by the wayside.

And it is important to emphasise “capital value” – income is a central component of returns, but only part of the story. Since our firm began in 2010, broadly two-thirds of returns for our balanced risk client portfolios have been generated from capital appreciation and one-third from income.

Our priority has been on finding companies that are reasonably valued, have attractive operating models that good management can make even better over time. These companies typically generate high returns on invested capital, which means they are efficient at putting money to use and turning a profit. They also have strong balance sheets, so  are better equipped to deal with economic shocks. As a result, they often generate more cash than they need to re-invest in future growth and this ‘extra’ cash is returned to shareholders, usually in the form of dividends.

Given the symptoms, what’s the treatment?

Clearly it is difficult to face a falling income when capital values have also taken a hit. However, making the wrong decisions now could undermine the scope to restore income with time. We would advise charities not to compromise their investment standards to maintain income, and to be wary of managers who will.

Our approach has been to use the current turbulence to ‘double-down’ on the qualities we favour and which we think provide a bedrock of not only sustainable income but also dividend growth for the years to come.

The pandemic is affecting the way people behave. This is accelerating structural trends already in motion. For example, the US Department of Defense recently announced that it is moving from emails to Microsoft Teams, the chat-based collaborative working tool. Where inertia might have delayed adoption for years, now change is happening in weeks.

Indeed, large changes are cemented during recessions. As NYU Stern professor Aswath Damodaran noted, people often forget how much of Amazon’s success was due to the dotcom bust (rather than the boom) of 2001 that wiped out many online competitors. So, within our own portfolios we are focused on companies that we expect to emerge from today’s downturn stronger than they went in.

Finally, we are concerned that governments may be tempted to influence companies long after the coronavirus threat recedes. Investors may be wise to avoid businesses likely to need state support. There is a risk of cash flows being subordinated to repaying the government and of reduced flexibility to manage capital allocation and employee relations. Companies that stay independent are likely to get stronger relative to those going cap in hand to government, with positive implications for shareholder payouts.

You should not infer that we are recommending individuals buy any stocks named here. Opinions and views expressed are personal and subject to change. No representation or warranty, express or implied, is made or given by or on behalf of the Firm or its partners or any other person as to the accuracy, completeness or fairness of the information or opinions contained in this document, and no responsibility or liability is accepted for any such information or opinions (but so that nothing in this paragraph shall exclude liability for any representation or warranty made fraudulently).

Whilst the summer lasted, a recovery seemed here to stay. As governments shifted from propping up economies to lifting restrictions, the optimism that Coronavirus would prove short-lived gained momentum as…

The dividend income challenge for charities

The coronavirus has effectively halted swathes of the global economy. Charities have seen their income slashed – it is estimated that the sector will miss out on at least £4.3…

In our first-quarter commentary, we highlighted the likelihood that dividends would be lower this year than in the past, another casualty of the ongoing coronavirus. Here we examine the question…

Why we meet company management

For many investors, meeting company management has become unfashionable. Slickly choreographed executives are viewed as sticking so closely to the script that they leave no room to read between the…