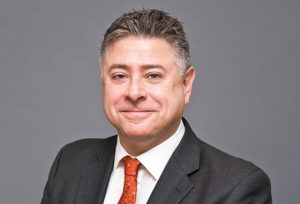 Prime Minister Harold ‘Supermac’ Macmillan was speaking in July 1957 during a booming post-war global recovery, when Britain was enjoying a significant rise in living standards, bolstered by a one-nation conservatism that applied a social and economic programme to benefit the common man. The government’s ‘middle-way’ policy sought a balance of ordered progress and stability through public support of major industries, thereby maintaining demand and developing the domestic market, leading to rises in employment, wages, export growth and further private investment. Prices remained stable, with Macmillan constantly warning of inflationary dangers, urging both wage restraint and a common sense approach to income expenditure. This so-called ‘Age of Affluence’ helped ‘Supermac’ and the Conservatives recover from the 1956 Suez Crisis and win re-election in 1959 with an increased majority, while Britain’s politics and economy was widely admired internationally, during the steady decolonisation of Empire. However, the fragile prosperity was not to last: a series of foreign exchange crises and an ever-widening trade deficit led to a deeply unpopular wage freeze, while the government was undone by excessive cabinet reshuffles, a failed application to join the European Economic Community and political scandals. Britain’s subsequent de-industrialisation and steady relative economic decline made Macmillan’s misquoted phrase of ‘you’ve never had it so good’, seem very hollow by the 1970’s.

In recent times, the world has again been enjoying a period of sustained growth, led by rising momentum in the United States’ economy. American unemployment has fallen to near fifty year lows (see Figure 1 below), fuelling wage growth and consumer expenditure, leading to further expansion by companies as evidenced by accelerating growth in manufacturing and construction activity. Corporate America has additionally been given a large tailwind from reduced taxation, providing an extra incentive to invest in capital to make their workers more productive. Despite evidence of growing national inequality the average US citizen’s wealth is growing: in the first quarter of 2018, US household net worth exceeded a hundred trillion dollars for the first time, assisted by a rising stock market and record house prices (see Figure 2, below page), with a home ownership rate of around two-thirds. As a result, US economists are currently upgrading their growth forecasts for 2018 and 2019, whilst stock market analysts are adjusting like-wise for corporate earnings.

Given this rising optimism, it was unsurprising that stronger US equity prices helped risk assets record a strong rebound in the second quarter of 2018 and are now marginally positive in the first half of the current calendar year. By contrast, Government bonds were largely flat over the second quarter.

So, is this rosy scenario too good to be true and is it too good to last? There is evidence of some shortages in the US economy, for instance, in truckers and available delivery vehicles, while rising cost pressures may accelerate the need for interest rate rises to temper growing inflation expectations. Nevertheless, at the top of our and many commentators’ concerns is the potential impact of trade wars on global growth. President Trump’s ‘America First’ official foreign policy doctrine arguably has its roots in the United States’ coming to terms with the steady erosion of its economic and political leadership. Having been five times the size of its nearest largest competitor, Japan, in 1970, this year US economic output is forecast to be just one and a half times larger than China’s, with the latter estimated to achieve parity within the next decade. China is already the largest manufacturer in the world, while the US has experienced over 5 million manufacturing job losses since 1979.

America has been running a trade deficit since the early 1990’s and Trump campaigned during the presidential election to narrow this imbalance. With protectionism popular among Trump’s heartland supporters, he must already have an eye on the mid-term elections to be held this November. An ‘economic cold war’ appears to be the ongoing response to Washington’s growing belief that Beijing’s ‘Made in China 2025’ policy poses a threat to America’s technological leadership, while China’s ‘Belt and Road’ initiative seeks to extend its economic and political influence. So far, the tariffs imposed both by the US and threatened in retaliation by China, Europe and others are not in themselves de-stabilising, as exports represent just 12% of the US economy. However, international sales represent around 43% of total revenues for the S&P 500 leading companies listed on the US stock market. Additionally, over 70,000 US companies have invested $250 billion in China and generate $480 billion of sales there.

Any escalation of tariffs imposed globally is likely to have a more material impact on stock market sentiment than on the underlying economies themselves. That said, the recent upgrades to companies’ earnings have had the beneficial impact of lowering the price multiples that we pay to participate in their future earnings growth: markets are slightly cheaper. With political tensions rising, we are relatively sanguine about holding higher levels of cash during the summer months, when equity markets are typically characterised by weaker trading volumes and often lower returns. After experiencing reasonably steady and consistent growth in equity markets since March 2009, have today’s investors ever had it so good?