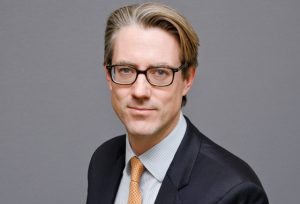 It has been claimed that in Roman times an ounce of gold would buy you a toga. A toga is made of up to six metres of woollen cloth (which is even more than in a modern three-piece suit) and cloth was an expensive commodity then. Today an ounce of gold is worth just under £1,000 – about the cost of a Savile Row suit, which seems a fair comparison with the Roman ceremonial garb.

In other words, over the span of several centuries, gold’s purchasing power has endured. And that is the historic foundation of its enduring attraction to investors (and the point of this otherwise bizarre excursion into the economics of Roman fashion).

We are currently holding about 3.5% in gold in client portfolios. We see it as a safe haven asset given the current climate – a form of insurance against geopolitical tensions or a market crash.

That is because historically there has been a negative correlation between the gold price and the price of other mainstream investment assets during market falls. So when equities tumble, you can expect gold to rise to help compensate. We saw that at the end of 2018 when it rose in value whilst most other assets slumped.

So why do we not invest more heavily?

The problems with gold

Gold brings with it several challenges. The first is currency risk. It is valued in dollars, which means for UK investors if sterling strengthens then you may lose money even if the price of gold remains steady – although with so much uncertainty around Brexit a dollar investment may be seen as an attraction for sterling investors.

There is the cost of storing it. This is not the same as it once was when we had to buy gold sovereigns and pay to keep them in secure vaults. Modern exchange traded funds (ETFs) or Exchange traded commodity funds (ETCs) that are backed by real gold allow you to buy and trade the asset more cheaply and easily but there are still associated costs of up to around 0.5% a year simply to hold it.

Then there is price volatility. Gold’s purchasing power may have remained stable when viewed over centuries, but in the shorter term it can be volatile. In the past ten years alone, gold has been as high as $1900 an ounce and as low as $868.

Its volatility undermines the preference for gold as an inflation hedge, which is driven by the experience of the 1970s (when CPI inflation in Britain peaked at 25%). It should rise in line with inflation, but it cannot be depended upon. Someone who bought gold at its peak in 1980, when it hit $666 an ounce, would have had to wait till 2007 for it to get back to that level on a nominal basis. In real terms, taking into account inflation, they would still be underwater today. Even when it hit its all-time nominal peak of $1900 in 2012 they would still have lost money in real terms. And think of the investment opportunities missed in the meantime.

Finally, there is the challenge of valuing gold. It generates no income and no growth, its price is purely driven by supply and demand, making it in essence the ultimate speculative asset. In the modern investment environment gold’s value as a safe haven is only secured as long as investors believe it to be so.

This brings us to perhaps the biggest problem with gold. It does not generate an income so there is an opportunity cost of holding it. At the moment the opportunity cost is not as great as it might have been a couple of years ago, when markets were soaring. The price volatility risk seems moderate too. Gold currently sits at $1300 – not so high that we are over-worried about a significant drop and with some potential to rise higher.

But given all the risks and costs, gold can only ever be a small part of the mix in a well-diversified portfolio. We are happy to use it at the moment, but we are unlikely to ever rely on it heavily and, we would argue, nor should investors generally.