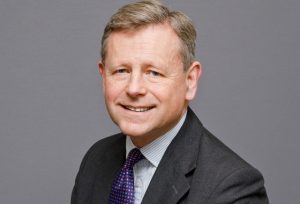 I’m sure Father Christmas has more important things to worry about at this time of year than reducing his tax bill or taking advantage of tax perks before they’re removed by a Chancellor desperate to bring down the national debt. If he was a client, though, what advice would we be giving him today?

I imagine we would start by encouraging him to buy gifts this year from charities that attract Gift Aid. Christian Aid has a great selection. He could buy a nanny goat for £35, a beehive for £60 or a cow for £187. The recipient would get an appropriate picture of the gift and the warming knowledge that the money has gone towards projects that supply these things to families in much greater need in the developing world. For instance, in Bangladesh a cow helps provide families with a constant supply of milk to drink and to sell at market.

Father Christmas benefits, too. He doesn’t have to deliver the cow. He needn’t wrap it up either. He may also get some money back from HMRC. (Come on! If you can imagine the existence of Father Christmas then I’m sure it’s not too much of a stretch to imagine he’s a UK taxpayer.)

Any registered charity that receives a donation also gets a 25% uplift from the government. This involves calculating what the donation would have been if it had been made before the basic rate of tax was taken from the donor’s earnings.

That means our £187 cow attracts an extra £46.75 for Christian Aid if the donation is Gift Aided. On top of that, higher-rate (40%) taxpayers and additional-rate (45%) taxpayers can claim back the difference between the basic rate of tax and the tax rate they paid – 20% or 25% of the gift total (including that basic rate government top-up). In this case that’s £46.75 or £58.44 – usually claimed by reducing an annual income tax bill.

There’s also the facility to carry back donations to the previous tax year. This is particularly helpful if the top rate of tax paid in that year was higher. With the state of the High Street, I imagine Father Christmas is getting fewer side gigs in department store grottos, so this may prove useful.

Should his earnings take him into the £100k-to-£125k bracket, Gift Aiding can be particularly helpful. For every £2 he earns in this bracket, Father Christmas loses £1 of his tax-free personal allowance – on top of paying 40% income tax. The effect is a marginal tax rate of 60%.

Many of our other clients in this position give money earned over £100k to charity to avoid being dragged into this higher tax rate.

This has been a tough year for the UK’s 170,000 charities. It’s estimated that they’ve lost over £6bn in the past six months alone and that one in 10 faces bankruptcy. 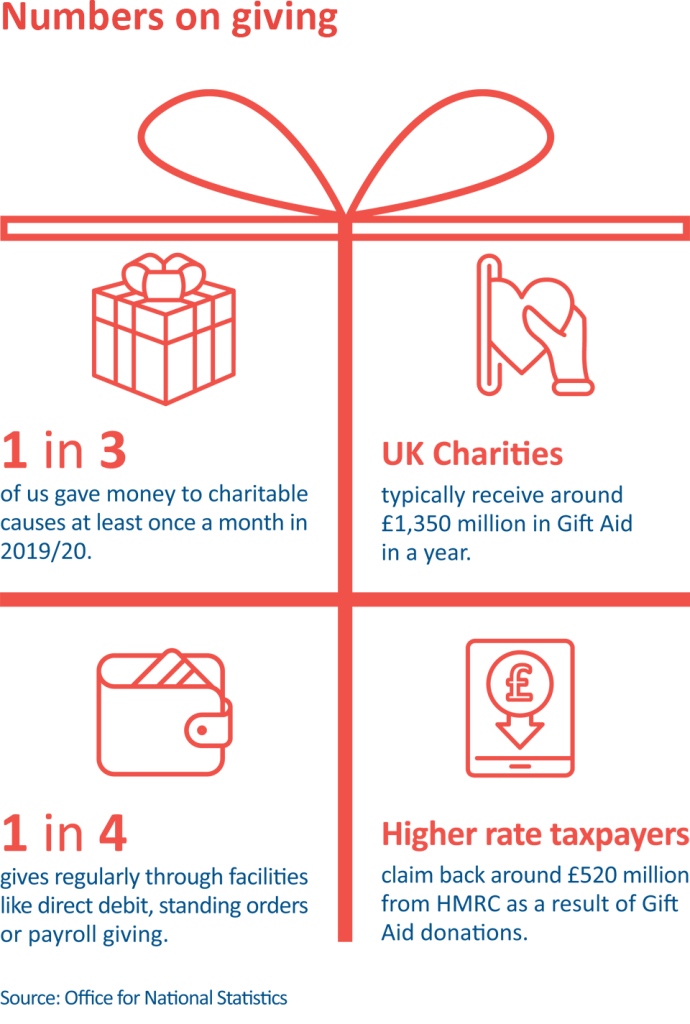 In October the National Trust announced it was making 1,296 staff redundant. Many charities will have cash-flow challenges. This might be the time for Father Christmas to treat loved ones to life memberships. Standard joint lifetime membership of the National Trust is £2,160 – giving the charity £2,700. A donor who is an additional-rate taxpayer enjoys a tax saving of £675 in addition.

It’s worth checking with organisations before opting to buy lifetime memberships for the tax benefits. The HMRC rules are complex. Organisations have different interpretations of what counts for Gift Aid and what doesn’t, depending on the benefits offered.

A gift for Father Christmas

Finally, I’m sure Father Christmas is coming under pressure to prove his green credentials. There’s probably no vehicle greener than a reindeer-drawn sleigh – though I have some concerns about methane emissions,  and who’s to say there isn’t additional booster power for take-offs? Now could be the time to check out electric vehicles – a little present for himself and his staff.

Since April the tax on all-electric company cars has been zero. Latest figures from the Society of Motor Manufacturers and Traders show that more than one in four cars bought now has some electric drive capacity. The tax perks on zero-emission vehicles are particularly attractive.

What if one of Father Christmas’s little helpers had taken delivery of a new petrol-fuelled BMW 3-series company car (146g/km of CO2) in April? This would have meant paying a benefit in kind (BIK) tax of 32%, rising to 34% by 2022/23. A similarly priced, top-of-the-range Nissan Leaf E attracts zero BIK this year, 1% next and 2% the year after. Over three years the BMW would attract around £13,700 in tax, compared to just £423 on the Nissan Leaf.

Electric cars also cost half as much to run, and there’s no road tax. And I’m not sure if Father Christmas or his helpers pay the Congestion Charge on deliveries in London, but this is free for electric cars as well. Every little helps.

There’s an issue with range, of course, but that’s improving. The Nissan Leaf E+ is good for 239 miles, while the Kia eNiro and Hyundai Kona manage around 280 miles. The Tesla Model S stretches to 327 miles, and Tesla CEO Elon Musk is promising a 435-mile vehicle soon. More public charging points are being installed – at the end of November there were over 35,000 in nearly 13,000 UK locations.

Even with all these recharging points, that might not be viable for Father Christmas. His schedule must be tight enough as it is without having to stop to recharge.

So he may have to opt for a hybrid. I’m not sure what HMRC would say about an electric battery/reindeer hybrid, but if it counts as zero emissions then it will still attract those fabulous BIK rates.

With major manufacturers ramping up electric car production, anyone considering a new vehicle should check out the options. This particularly applies to those with company cars and who own their own business. I’m sure Father Christmas will be taking quite a few orders this year.