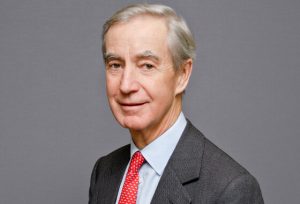 After weeks of prevarication we are now back in election mode – one where nearly all parties are promising to spend, spend, spend. But where is the money coming from?  Labour like many Democrats in the US, is drawn to funding spending plans not by the traditional modes of taxation or borrowing, but by something called MMT – Modern Monetary Theory. This is where governments encourage spending and growth simply by printing more money.

Others have a different definition of the MMT acronym – they call it the Magic Money Tree. This is an appropriate description, because this is Jack and the Beanstalk economics and the story’s ending may be very unhappy indeed.

Once upon a time…

Traditional models have fuelled growth through increased public spending or tax cuts. The result of either is that more money circulates in the economy, encouraging companies to take on more staff and invest in improving productivity. Chancellors are eventually compensated for their largesse by the extra revenue coming from the growth stimulated. They pay for tax giveaways through public spending cuts or increased borrowing. Public spending comes at the cost of tax increases or, yet again, more borrowing.

It is always a tricky balance, but this is how it has been done most effectively in the past. Then came the liquidity crisis 10 years ago and Quantitative Easing (QE).

During the crisis, money in the banking system reduced dramatically.  Banks and building societies consequently cut their lending to homeowners or businesses. This was serious. QE is complex, but effectively the Bank of England and other central banks printed money and credited it to the markets to resuscitate the banking system.

Printing money is normally a bad idea. If everyone has more money in their pockets, shops just put up prices. Multiply that across the economy and it leads to rampant inflation. Remember the Weimar Republic.  But QE has not been followed by inflation (yet) and this has encouraged the proponents of MMT.

They argue that QE only benefited institutional investors and propped up the balance sheets of the major banks that had caused the crisis. MMT, they argue, benefits the entire economy and its effects are felt by the voters, so it is a popular tool for the politicians to have at their disposal.

Both major parties are promising an end to “austerity” and significant spending plans.  The Conservatives are also talking about tax cuts. Labour’s spending plans are so large that it may force it to experiment with MMT – or magic money tree – principles. Yes, it may raise taxes, but excessive taxation is counter-productive and can actually reduce revenues.

Borrowing may be problematic for a Corbyn-led government too as lenders would need a higher return to justify the perceived risks and the downside to sterling. As one Labour-supporting economist put it in 2016, when asked how the party would fund its £500 billion National Investment Bank: “We can borrow it. And if we can’t borrow it, we’ll print it.”

In the US, the Democrats’ “Green New Deal” forms a central part of their presidential election campaigning. This is an ambitious $93 trillion (USD) plan to eliminate fossil fuel use and rebuild the economy with sustainable wages, agriculture and universal healthcare. Supporters of this root-and-branch economic reform are arguably even more explicit in their support for MMT than their UK Labour counterparts.

Governments able to print money would have an immediate advantage over private enterprise, shifting the economy to be much more dependent on public spending (and government decision makers). Believing that the impact of interest rate changes would be diminished, modern monetary theorists often argue that taxation can become the means of draining excess money from the system. This approach makes the heroic assumption that the government will have the skill, the political capital and the courage to tax appropriately and when necessary.

How would businesses be able to commit to long-term investment and growth strategies if they operated in perpetual fear of big swings in corporation tax? Tax planning for families would be equally fraught, leading us all to second-guess when the government needs to wield the taxation axe.

Currently the Bank of England, which independently sets interest rates to dampen or ignite the economy, mitigates against these dangers. But MMT in the UK could usher in an enormous transfer of monetary policy power to the politicians.

With political populism on the rise, over-simplified offerings like this are receiving ever-increasing attention. Voters would be wise to remember that Jack was forced to hack his magic beanstalk down, despite the riches it brought, to fend off an enraged giant. Threatened by rampant inflation, a politicised central bank, unpredictable taxation and constraints on private enterprise, it is not hard to see how quickly a fairy tale could become a horror story.

Posted on 5th November 2019. A version of this story first appeared in the Daily Telegraph

Opinions and views expressed are personal and subject to change. No representation or warranty, express or implied, is made of given by or on behalf of the Firm or its partners or any other person as to the accuracy, completeness or fairness of the information or opinions contained in this document. And no responsibility or liability is accepted for any such information or opinions.