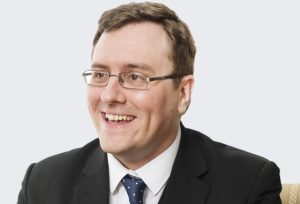 In 2002, then US Defence Secretary Donald Rumsfeld famously described “known unknowns” – things that we know we don’t know.

Over the last twelve months, Brexit has been the great ‘unknown known’ of British politics; we know it’s happening, we know it means Brexit, but we don’t really yet know what it means for the UK economy.

It has taken a year, but we have finally started the negotiations which may reshape the country politically and economically for generations. Against that backdrop, the general election result last month has added further complexity to what was already a labyrinthine task.

For businesses, and therefore the economy, much will depend on the outcome of the negotiations. European Economic Area (EEA), European Free Trade Area (EFTA) or continued Customs Union membership, even as a transitional arrangement, may entirely change the manner in which businesses will be affected by EU withdrawal.

There is no doubt then that all firms, large and small, need to analyse their businesses in the context of what Brexit means to them, whatever shape it may take. To a large degree this will mean preparing for a whole range of options.

In their continued efforts to protect consumers and support fully functioning markets, the Financial Conduct Authority (FCA) has already been encouraging businesses under its governance to be prepared.

In  May, the FCA wrote to some of the UK’s biggest asset managers with a series of questions seeking to establish the impact of Brexit on their business models and future plans.

The FCA’s annual business plan sets out five principles which will inform their own advice to the government. I would cite in particular their principle of open markets as “an important enabler of healthy competition”, and of co-operation between regulatory authorities.

In the short term, pan-European regulatory priorities such as MiFID II continue to dominate the Compliance agenda. Longer term, some seasoned campaigners for EU withdrawal have mused airily on the prospect of a ‘bonfire of regulation’ once Brexit is complete.

I have my doubts. For the UK’s financial services system to remain globally competitive, a regulatory regime that maintains a commitment to transparency, integrity, professionalism and consumer protection will be vital. I expect businesses that share these values to be the most successful post-Brexit, whatever that landscape may look like.