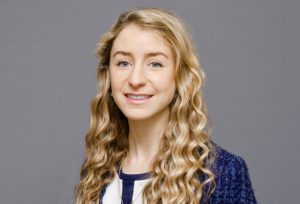 In 17 of the past 20 years the FTSE 100 has stood higher on New Year’s Eve than at the beginning of the month, when people began opening their advent calendars. One suggested explanation for the pattern is that it is simply the result of bullish investors imbued with festive optimism. Another is that an influx of end-of-year bonuses drives up prices.

The average rise is just over 2% (though in each of the past two years it has been over 5%). It has become such a common phenomenon that it has earned its own epithet ­– “the Santa rally”.

Will this year be one of the exceptions? The FTSE 100 has fallen by more than 3% in December so far, with the ongoing Brexit debate and the US-China trade wars dragging down the mood. Something else may have been at play, too – the flattening yield curve. 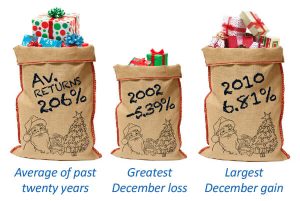 Santa rally numbers: December total returns posted by the FTSE 100 in the past twenty years (Source: Bloomberg, to 31st December 2017) Past performance is no guarantee of future performance

This is worth spending a moment to understand. The yield curve plots bond yields of varying maturities – for instance, the return investors can achieve by lending to the US government over different periods of time through the purchase of US government bonds.

While many theories seek to explain the shape of the yield curve, we can presume that under “normal” conditions the longest-dated bonds (to the right when viewed on a chart, below) offer a higher reward than their short-dated equivalents (to the left). That makes sense – they do not mature till later (perhaps a long time later), by which time a return that looks attractive in today’s low-inflation, low-interest-rate environment may look positively puny or even punitive.

When an economy is growing strongly and investor confidence is high, the yield curve tends to reflect this with a more steeply upward slope, embodying the expectation that interest rates and inflation will rise in the future as the economy heats up.

This month the yield curve has flattened, which is often viewed as a sign of investor anxiety. The difference between two-year and 10-year US government bond yields fell to less than 12 basis points (or 0.12%). This is an 11-year low. The big worry is that the yield curve will actually invert – so that the yields on short-duration bonds are higher than on their longer-duration peers. This is something that has preceded every US recession since 1945. 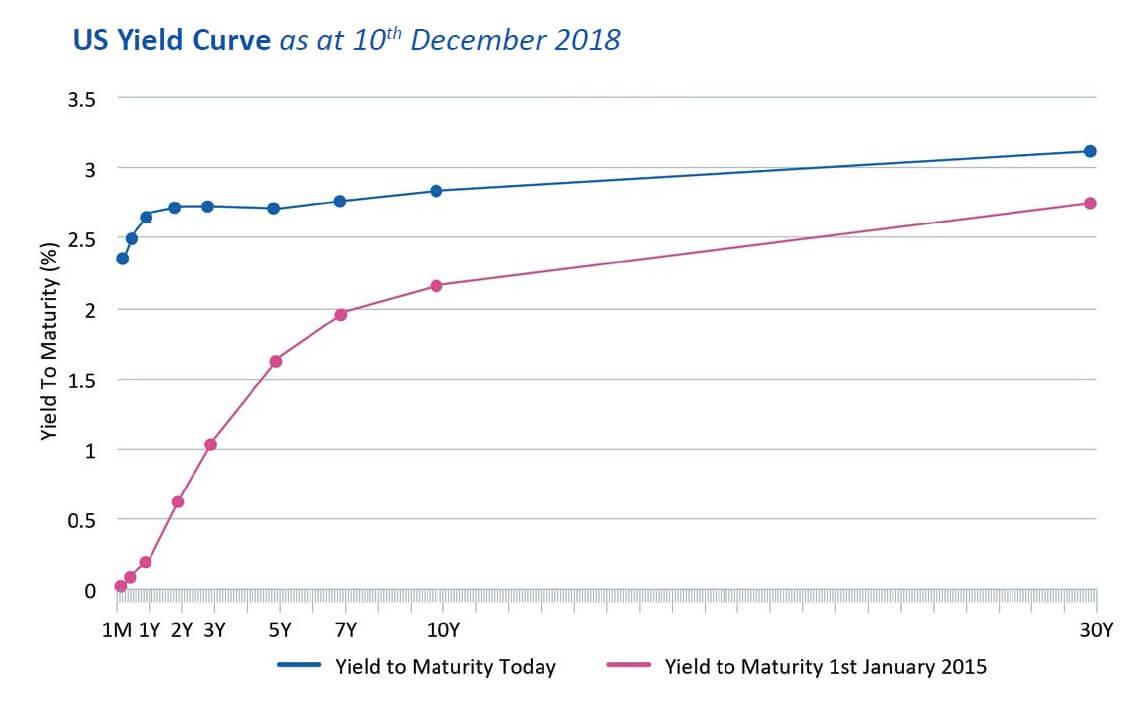 We are clearly experiencing a conflict of emotions – seasonal joie de vivre, which usually drives markets up, and end-of-cycle anxiety, driving them down.

It is a reminder that markets are still – for now at least – largely driven by humans. And that means they are still susceptible to mood swings and bouts of irrationality.

It is difficult to see an outcome of the Brexit scenario that might emerge to put markets in a festive mood. We think 2019 will see emotions continue to run high and markets experience more volatility.

But volatility is not necessarily a bad thing for long-term investors. We have positioned portfolios defensively, but we are ready to use market volatility to purchase securities at prices we believe are attractive on a long-term view. 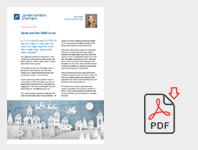 Momentum behind corporate climate ambition is building and our expectations are rising in tandem. Where we used to applaud companies that set targets and announced bold intentions, now we require…

Continue reading
Is your ESG capital at extra risk?

Is your ESG capital at extra risk?

Many ESG funds have performed remarkably well this year. This achievement has increased awareness about the role investments can play in combatting climate change and protecting biodiversity. However, investors should…

Continue reading
Will the next black swan be green?

Will the next black swan be green?

The Covid-19 pandemic is arguably one of those ‘Black Swan’ events that spring upon us unexpectedly. As governments and central banks scrabble to address the extraordinary impact the virus is…