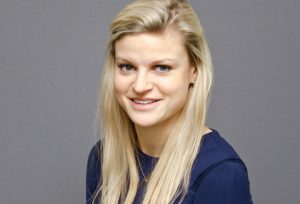 Donald Trump’s rhetoric on trade tariffs has been a key factor behind market jitteriness in recent months. The sell-off in October was exacerbated by the US 10 year Treasury yield reaching 3.23% on 5thOctober, the highest level since mid-2011, which promptly saw a re-pricing of risk. Last week, only a few days ahead of the US midterm elections, Trump’s tweet that he had had a good conversation about trade with the Chinese leader Xi Jinping saw markets in the US and Asia breathe a sigh of relief.

Tariffs have come at a time when China has effectively been implementing much needed de-leveraging and supply-side reforms, but tighter policy and liquidity have weighed on sentiment for private companies and individuals. We are far from being out of the woods on trade negotiations, and on a recent research trip to Asia it was interesting to see how Chinese firms and consumers are responding to US tariffs, with significant consequences for US companies.

Who is feeling the pain worst – the US or China?

In June, Trump announced tariffs on $50bn of Chinese goods, prompting a tit-for-tat trade war that has no obvious winners. American companies like General Motors and Harley Davidson were quick to point this out. Then in September these tariffs were extended to $200bn worth of goods. The problem for the US is twofold. Firstly, imposing tariffs prompts your trading partners to retaliate – after the Wall Street Crash in 1929, when the American Smoot Hawley Act raised tariffs on over 20,000 imported goods, countries around the world followed suit and the result was a halving, not just of US imports but also exports. Secondly, in the modern globalised world at least half of US imports are components used by US-based producers, so imposing tariffs on China simply makes American goods more expensive and reduces the country’s competitiveness.

Of course, tariffs do hurt China too – China’s GDP is expected to fall by 0.5-0.6% as a result of the trade war. But China is less export-driven than it used to be and much less dependent on the US. Exports represent just 19% of China’s GDP and exports to the US only account for 3.6% (6.6% including the EU). It exports twice as much to its neighbouring “One Belt One Road” partner countries as it does to the US, and this is forecast to increase.

Meanwhile, the impact on Chinese companies themselves may not be quite what Trump was expecting, judging by what I learned on my recent visit.

US firms stumping up to help pay tariffs of Chinese partners

Management at one market leading Chinese glass company had already had negotiations with its distributors in the US and they had agreed to pay 60% of the tariff themselves. It is estimated that most companies will be able to pass on at least 40% of the tariff to their US customers while some are opting to bypass the tariff hike by exporting via a third party in other countries. Many Chinese firms are also creating new manufacturing capacity elsewhere to get around the tariff rules – in the case of the glass company, in Malaysia and Canada. If this is a policy designed to rein in China’s creeping global influence, it is having the reverse effect.

An 8% devaluation of the Chinese currency, the renminbi, will also mitigate a significant amount of the remaining impact.

Chinese and Asian brands set to benefit from waning US popularity

There is already evidence that Chinese consumers are shunning American brands in favour of home-produced goods, or Asian rival products, undermining US exports. This comes at a point where improving quality is leading to growing confidence in Chinese products. China is pressing ahead with its domestic upgrading agenda and reforms to build out new industries and centres of growth: ‘Made in China 2025’. Five years ago only 15% of Chinese people surveyed said they would prefer to buy Chinese goods, but by 2015 this had increased to 60%. That number could rise further.

Where domestic products fall short on quality – skincare, cosmetics, infant products, condoms and high-value-add equipment stand out as examples –  Japanese brands stand to benefit. The rate of search volumes for Japanese and Korean beauty brands is growing rapidly, having increased 30% recently – more than twice the rate of Western brands. There are 400mn millennials in China, five times the number in the US.

America has had an unusually deep historical affection for tariffs – between 1790 and 1914 they were the main source of Federal income. But this is about politics, not about finding fresh revenue to fund tax cuts. Many argue that Trump has legitimate gripes against China and that a strong stance needs to be taken. History has shown, however, that using tariffs as your weapon of choice in a trade war is like firing an ancient blunderbuss – it is as likely to blow up in your own face as hurt your enemy. This is likely to be a multi-year story with no quick fix.

Donald Trump’s rhetoric on trade tariffs has been a key factor behind market jitteriness in recent months. The sell-off in October was exacerbated by the US 10 year Treasury yield…