Bull markets are said to climb a wall of worry, and with this one now approaching its tenth birthday, the wall became steeper in 2018. Markets are a highly sensitive barometer of the aggregate investor mood: prices reflect the future expectations of growth and income. At this point in the cycle, when investors are feeling jittery, troubling news can easily encourage dramatic repricing of those expectations. There was certainly plenty of that in 2018. Below we explore three key themes from the year.

Let’s start with Brexit, which is taking on some of the epic qualities of a Norse (Norway plus?) saga – or maybe a Greek tragedy is a better comparison.

May is in a no-win situation and her surviving the vote of confidence does little to instil confidence of a satisfactory outcome. The May deal offers a short-term gain for businesses, as it gives them greater clarity on what happens next, though ultimately it would bring a continuation of the current relationship with the European Union but without any say.

A no deal, and the extension of uncertainty for businesses, could be seriously damaging for the economy and possibly open the door to a Labour government. May ­– or the next government – might be sent back to the EU to ask for concessions but expect little in return. The European authorities do not want to make it easy for the UK, for fear of setting a precedent and encouraging other countries experiencing discontent to break away. The risks of a no deal scenario are therefore rising.

The UK can kick the can again, but a more extended transition phase increases the possibility that a Brexit deal fails to win parliamentary approval and also makes the UK an even more uncertain proposition for inward investment.

There remains the possibility of another referendum. The UK may end up revoking Article 50 and staying in the EU. With the country continuing to be so divided on Brexit, it is hard to be enthusiastic about any of the options. Which would we prefer? We are reminded of a legendary American baseball commentator who once advised: “When you come to a fork in the road, take it”.

If that sounds like ducking the issue, take a look at the Dow Jones for the past 30 years. Try to spot major political events – changes of President, terror attacks or wars. You will struggle. Politics is important and it does influence short-term markets, but over the long term good companies can be remarkably resilient. They adapt. And markets recover.

In the meantime, UK equities and sterling are the least popular of all major asset classes and there may come a point when this becomes a buying opportunity.

Staying with politics, it is difficult to ignore the fractures between the US and China. Trump is trying to win favour with blue collar workers and exhibit US strength with his threat of tariffs. He appears to be trying to halt China’s otherwise inexorable rise to global dominance, while securing a better deal for the US to address the trade imbalance and protect intellectual property.

It looks like the US has the upper hand, but as we pointed out last month, half of US imports are components used by US-based producers, so imposing tariffs on China simply makes American goods more expensive and reduces the country’s competitiveness. During a visit to China earlier this year, portfolio manager Camilla Cecil learned that Chinese companies were negotiating with American distributors and reaching deals to pass on at least 40% of the threatened tariff to the latter’s US customers. Some companies are opting to bypass the tariff hike by exporting via a third party in other countries. Others are creating new manufacturing capacity elsewhere to get around tariffs, underlining the earlier point about the resilience and also the ingenuity of companies.

There is, however, a danger of this tariff dispute escalating beyond the point where companies can circumnavigate the problems. That would pose a serious risk to global trade and act as a brake on global economic growth. It might be the shock that triggers the end of the bull market.

Looking at the macro-economic picture, we are still in the phase of unwinding quantitative easing – this is unprecedented territory. The US market has performed very well in 2018, giving credence to the Federal Reserve and its rate-raising agenda. Low unemployment has led to a spike in wage inflation, which will feed through to prices at some point.

With each rate rise, the markets adjust their risk-free rate, and companies that have been reliant on a low cost of capital are exposed. At a certain interest rate level, the number of companies impacted directly and indirectly could also prompt the end of the cycle.

Earlier this year, the Chair of the Federal Reserve, Jerome Powell, had suggested that interest rates were set to rise significantly higher. He moderated this guidance substantially in November on the back of weaker US housebuilding activity and lower-than-expected inflation forecasts. They may now be only a little below ‘neutral’, which should reassure markets – change is coming but it should be gradual.

Every bear market starts with a dip, but not every dip starts a bear market

We have been investing on market dips this year, as we seek to purchase assets at attractive valuations based on our long-term view. As investor sentiment continues to deteriorate, we are asking ourselves at what point do bonds become attractive and at what point do we increase our exposure to equities, given that markets are off around 10% in the most recent correction.

Despite markets constantly pricing assets based on future cash flows, humans are notoriously bad at forecasting. There are some useful “leading indicators” to help – data trends which in the past have flagged imminent recession.

Perhaps the most reliable indicator is the yield curve, which ‘inverts’ before a recession hits (it has done so before each of the past seven US recessions).

In normal times the curve is upward-sloping, indicating investors are rewarded with higher returns for lending money over longer periods. When it inverts, markets fear that future rates will be lower than those today – typically as central banks loosen monetary policy to stimulate recessionary economies.

It is true that the yield curve has flattened recently. It may possibly invert at some point. But even that does not tell us when a recession is imminent – historically the lag between inversion and recession has been anywhere between six months and two years.

Since the last crisis nearly a decade ago, there has been huge growth in passive investing. We have seen that ETFs have become forced sellers in times of investor flight, and this can amplify market movements. This is part of the reason we are warier of what comes next than we have ever been.

Valuations have moved upwards in the past few years and, despite recent corrections, it is harder to find ‘screaming buys’. Meanwhile, share buybacks and merger and acquisition activity have left some company balance sheets looking stretched.

There are, however, also good reasons for not being overly defensive: bull markets do not die of old age; economic conditions are healthy; US growth is still high; IPO activity is muted, suggesting that public equity markets are not overvaluing assets; and investor inflows have also been muted. This does not feel like a market that is overheating.

We have held more cash in the second half of 2018 than ever, and we enter 2019 in cautious mode, but we are ready to take opportunities that might emerge if we feel that markets are over-reacting to events. As ever, our priority is seeking to maintain client wealth. 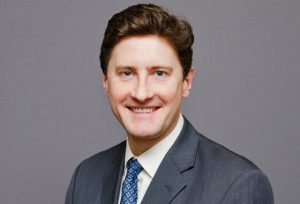 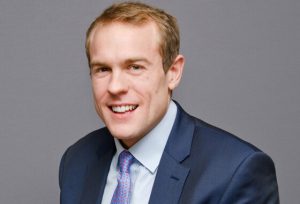